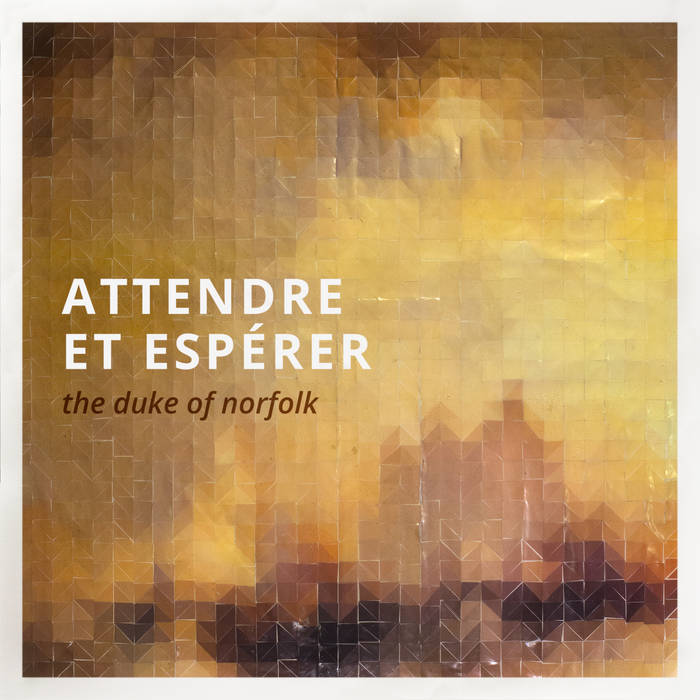 Shrug A beautiful collection- especially ‘the bell jar descends’ - quite rare that a track instantly resonates without having to seep into your soul with familiarity. A gem! (Also a great accompaniment to chocolate with a touch of sea salt!!)

Sarya The Duke of Norfolk never fails to move my soul- with raw vocals and heart wrenching poetics, his passion shines through intricate and lush folk tones whenever he plays. It instantly transports me to a nostalgic and beautiful place in my head that reminds me of the beauty of emotion and sincerity. Favorite track: Loch Lerna.

Late in the summer of 2015 my father left. Nobody knows where the leaving go.

Seeing death so close, I began–as many do–to see death everywhere. I saw him in distant wars & with starving children, with the still-born baby & the teenage suicide, indiscriminately picking from the old and the young. Present in the daily newspaper and in ancient myths, the question of every scripture and a pulsing undertone of the romantic poets.

Though there is nothing to say that is yet unsaid, there is comfort in the saying.

This album is for Jerry Howard and for Barbara King and everyone they left behind; for Sandy Howard, Jordan Howard, Hanna Hutchinson, and David Bard. It is for everyone who leaves & everyone who is left.

Grief is the price of love & it is always paid too soon.

Additional thanks to Henry Fennell & Bethany Shorey Fennell for providing a space in which to record, Caroline Overy for consistently giving thoughtful and invaluable feedback, Claire Laurensen, Roseanne Watt, and Stuart & Paul Thomson for taking me to Shetland to clear my head and for playing the songs with me until they found reliable shapes, to Hanna Hutchinson & Ali Burress for encouraging me during the sometimes discouraging process of bringing this album into the world—you told me it was good and I believed you—and to everyone who has inspired and provoked me in conversation during the years spanning its creation (especially Peter Myers & Paul Abbey); you are too many to name but too dear to be forgotten.