A Pebble of the Brook 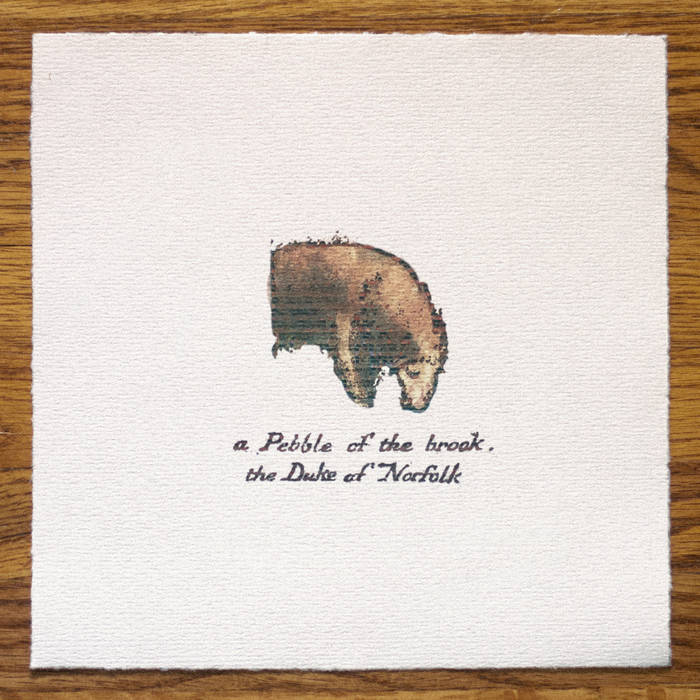 Gregory Flatt The indie-folk masterpiece of 2021. A seamless bridge between the ancient and modern that deserves - and demands - your attention, and will leave you breathless.

“The zealots may call me a prophet” the unknown voice proclaimed to my friend’s Seattle kitchen the first weekend of September. Finally having bought batteries to revive the handheld recorder I had found at an estate sale several months prior, we were sitting after breakfast listening to the 12 minutes of audio left by its previous owner. The first eight of these minutes had been a rather dull audio diary with thoughts on traffic jams and other gravely ordinary events, but it suddenly had transcended the ordinary to touch on prophecy.

The remainder of the tape was a smattering of preamble to some, apparently life-changing, experience. The audio clicking on with insistences of importance then off with recognitions of doubt. Dancing around a story but never presenting it, like a movie trailer hinting at themes but trying to give nothing away. Instead the recording ends unceremoniously with a question: “do we really see with our eyes or is it our minds that see through our eyes?”.

Though the question–like much of the recording before it–had an almost comically important air about itself, it was also haunting. As if this old man–recently survived by this small plastic diary–never reached a conclusion about his own story. Caught between conviction and doubt, his final act was to question the integrity of his perception; etching the doubt, half-speed, on a strip of oxidized plastic film.

A Pebble of the Brook, named for William Blake’s poem “The Clod and the Pebble”, is about perception. The songs attempt to look at the same things with different lenses. In many ways it is the second part to my last album, Attendre et Espérer, as it is also centered around grief. The album follows the thread of it as it leaves its sanctioned place at funerals and anniversaries to hide itself in travel photos, shifting relationships, and bicycle injuries.

A Pebble of the Brook begins with the voice of the dead questioning our perspective and ends with his admission of uncertainty.

Additional thanks to Michael Jantz for providing a banjo for the recording and to Ali Burress, Molly Evered, Bethany Shorey Fennell, Zach Gerzon, Eve Goldman, Peter Myers, Caroline Overy, Cameron Reed, Chloé Serkissian, Eric Stalker for listening as the album took shape and for being a part of the shaping.

Sample of Zabelle Panosian’s Groung used on Track 5 with permission of Canary Records.